The Descent: Journeys in the Dark (Second Edition) Wiki
Register
Don't have an account?
Sign In
Advertisement
in: Mechanic, Overview

Edit
watch 01:36
We're Getting Mutants in the MCU - The Loop
Do you like this video?
Play Sound 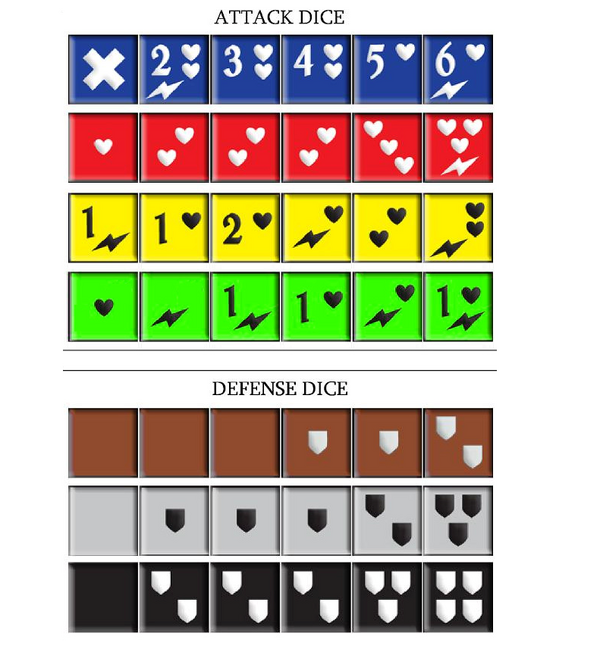 There are 7 different dice in Descent: Journeys in the Dark (Second Edition) grouped into three types.

The table above assumes the attack is not a miss (excludes this as a possible result). The probabilities including the possibility of a miss is 0.83 multiplied by the values listed.

Attribute tests are made with 1 Gray die + 1 Black die. Your attribute must be equal to or greater than the number of

Community content is available under CC-BY-SA unless otherwise noted.
Advertisement